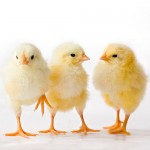 One of our Chicks was just diagnosed with cataracts that the doctor attributed to long term Prednisone use. She wanted to share it with you and see if anybody else has had this happen?

Thank you in advance for your input and sharing your experiences to help answer this members question. (((pain-free internet hugs)))

Sarah – wow… never knew this. I’ve been taking the stuff for 23 years…knock on wood

Gretchen – Yes. My daughter is 13 and has had cataracts for 6 + years. She has been both on oral and topical steroids (eye drops) pretty much since she was 4.

Kathy – yes I was just diagnosed with them as well but thankfully they aren’t too bad. I have been on prednisone for the last 5 years and never knew what kind of affect it would have on my eyes but hopefully it will be a while before I have to have the surgery to remove them.

Tammi – I had cataracts but got them removed 3 years ago. I’m 30 years old and got my first one in the 6th grade. I wasn’t consistently on steroids as a youth but had to take them occasionally. My retina specialist said its from uveitis and iritis in the eye.

Tammi – My rheumatologist also told me women with RA are more prone to getting them than men.

Janine – yes this happened to me too, I had a cataract op in left eye 5 years ago due to long term steroids And have one getting worse in my right eye as well.

Marcy – I have small cataracts in both eyes. I have never been on long term steroids. The ophthalmologist attributes them to the disease not to any treatments.

Lauren – I have cataracts because of too much prednisone!

Lisa – Hi! What dose was you guys taking?

Barbara – I was diagnosed with cataracts in my late 30’s – Dr attributed them to RA. Seems you get everything early – menopause as well.

Alison – At age 36 I had my cataracts removed 2 months ago. I was on high doses during 6-8 grade. They have gradually gotten bad enough that my sight could no longer be fixed. I had them removed but the hardest thing is that I can’t see anything close up without glasses…big adjustment.

Michelle – Oh and yes, I’m through the menopause too, at there age of 42!

Mona – I’ve had cataract surgery on both eyes due to a combination of RA and long term prednisone use.

Carol – I love it! Another wonderful side effect – making another appointment with an eye doctor – Thank you very much. My vision has been blurry and double for a couple of weeks. I was thinking too much Facebook time. Now ya tell me. I like the “Oh bloody hell”, from above. Michelle Nicola Richardson – I think I will steal that from you!

Tristan – Yes cataracts are a known side effect of long term steroid use.

Laurie – Yes, I have steroid induced cataracts, I have had them since my early 40’s.

Claire – I’ve had both my cataracts done 15 years apart , the first one needs done again. I have uveitis as well as everything else n was told it was the long term use of steroid drops not pills. Also inflammation was so bad i ended up getting flaps cut in my eyes after it turned into acute glaucoma eye pressure at 60. I’m now getting ozudex pellets injected into my eyes not fun but they work. My docs have worked really hard to keep my sight.  I’m 38 btw.

Rain – I got them from the pred..both eyes were really bad for awhile. I had surgery and it has been great bionic eyes ever since!

Melanie – I was on prednisone in 2006/2007 not for a long period though approximately 6 – 8 months and yes it accelerated my cataracts and because of my age (46) they won’t do the surgery so my lifestyle has changed dramatically because I won’t drive at night especially if it is raining.

Ellen – I think that’s what is wrong with mine too, I’ve got an appt soon

Vee – I was on prednisone for several years for interstitial lung disease, prior to my RA diagnosis. Like Melanie I have limited night driving ( especially @ night) and wear the darker protective shades. Until it gets worst my healthcare plan will not cover repair surgery right now. I am older but it is not bad enough yet. hang in there.

Linda – This is the reason I had to have both eyes done. Also, it causes osteoporosis and other problems too but it is the only thing that has helped keep the inflammation down after 30 yrs.

Sharan – I too have just been told I have them in both eyes!!

Amy – This happened to me…they? progressed very quickly. First noticed vision issues in July & they were so bad by November I needed surgery. The second eye needs done…scheduled for tomorrow! Can’t wait to see!

Becky – Well, the last time I went and had my eyes examined they told me I was looking at cataract surgery in the near future. There has not been any cataracts in my family history. I wondered about this but now I read this and it answered that question. I have been on prednisone, 20 mg daily plus injections periodically, for the last 6 years. Thank you for bring this to our attention.

Pamela – they stopped my long term prednisone because it wasn’t working but I have had a lot of it over the years. My eyes are constantly changing and although they haven’t found cataracts yet the doctor cannot make a pair of glasses to fully help me see. He said my medications and my diseases can all be causing this. Its frustrating.

Jean – Prednisone is a wonderful drug but it is loaded with side effects. I have been on a fairly low dose for 15 years and I am only now beginning to understand some of the subtler consequences. However, it means I can get out of bed.

Vickie – yes I have them started now due to pred

Lisa – Yes, horribly bad… Have not been able to have surgery, 2 years and counting. You have to have had no major flares recently for them to do surgery– safely.

Carol – Just in my right eye, which has had the worst of the uveitis and had prednisone drops for several years.

Cherie – I’ve taken 5 mg. a day of Prednisone since the late 80’s. I also have seen an eye surgeon every year because of that. I have cataracts forming, very slowly though.

Mary – I had cataracts due to Pred use. I thought I needed new glasses because I couldn’t see! I was on high doses due to my asthma long term and dosed for my RA also. I had both cataracts removed in Dec. of 2006. Had to have one eye lasered in 2009. Quick fact: did you know that Pred related cataracts tend to form at the back of the eye whereas age related ones form at the front of the eye?

Becky – I have them but they aren’t interfering with my sight yet. My eye doc told me it was the methotrexate that was causing mine. They’ve been studying patients it for several years so they take pics each year when I go for my annual check up.

Sherry – Personally I think it’s hereditary, I’ve had mine for seven years I’m in my early 40’s.

Nikki – I have cataract in right eye since was 9. From injury

Emily – Yes cataract surgery after one year on prednisone. Both eyes

Karen – I have developed cataracts in the right eye which only has about 20% vision left from cat scratch fever.

Pamela – I was diagnosed last year with cataracts. I have been on prednisone for 15 years. Thanks for this info.

Val – I’ve got Uveitis which has caused a cataract, On these drops plus others. They won’t remove the cataract cos it will open up a ‘can of worms’.

Susan – I have been on Prednisone since 1998, a few months ago I had cataracts removed from both eyes and lens to replace them. I had such dry eyes (Sicca Syndrome) and am on Restasis. This was also due to my RA. I also have Barrett’s esophagus from the pain medications. It’s a pre-cancerous condition that has to be checked every 6 months.

Susie – I am new to the site, just dealing with RA since Oct. wound up in the ER and they did not diagnose…. told me to wear better shoes!!!!! I could not walk and had to crawl across the floor. Are doctors that misinformed? I am now at a clinic and on Methotrexate and Prednisone.

Patricia – Yes I had them. I had them removed and they insert new artificial lenses so you have perfect vision and won’t ever have them again.

Donna – YES! I had one cataract removed when I was 34 y/o after using steroid drops (and oral prednisone) in that eye for almost 2 yrs. Now, 11 yrs later, the healthy eye is showing the beginning of a cataract —-never used drops in it but doc says years of oral Prednisone have caused it.

Tonia – Gotta share ~ when I was first diagnosed in 1990 @ the age of 24 w/Fibro & RA my Rheumatologist had me on high doses of Prednisone. My Grandmother FREAKED out because she attributed her blindness to having been on Prednisone. Of course this scared the h*ll out of me since I had watched her go blind over the years (to the point she had 1 glass eye). So YES, I truly believe there is a correlation.

Marie – I’m to have first op on Tuesday, the other one two weeks later. One of the prices to pay for relief even battling RA

Jody – I have and I had successful cataract surgery. Good luck!

Tracy – On and off high doses for years no cataracts but did develop nystagmus for a short time don’t know if it was caused from the pred or mtx….but had a secondary diagnoses of MS from long term meds a couple months ago

Heidi – I am the one this post is about. To answer some questions. I was on 5 mg almost non stop for 8 yrs. and I am 32. I have had times where I have been on higher rescue doses during the last 11 years.

Next post: [Member Discussions and Questions] Adoption After RA Diagnosis and Disability?